Give Now via Givelify 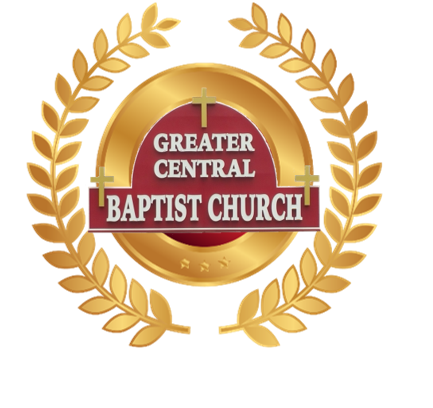 The church organized in the winter of the year 1933 in the home of Sister Sara Pugh.  Reverend Baker was called as Pastor and Sister Mary Myers named the Church, Central Baptist Church.

The first location of the Church was at 24 West 133rd Street, the Mighty Hand of God was with us as we moved up the King’s Highway.  Reverend Baker, who was the pastor, became very upset at conditions during the depression years and solicited the help of Reverend W.M. Middleton who was pastor of Canaan Baptist Church.  Reverend Baker became assistant pastor in the spring of 1934.  He continued with Central until he became seriously ill.  Reverend Baker died at city hospital.  Under the leadership of Reverend Middleton, Central began to take on new life and many souls were added to the church.  After some misunderstandings and dissatisfaction, Reverend Middleton resigned.

Although Central was again without a leader, the late Deacon Isaac Stevens, Chairman of the Deacon Board and other faithful deacons, and with the help of God, the church was kept together until another shepherd was called.  At this time a young man by the name of Reverend Charles Roosevelt Walker, who was a licensee of Southern Baptist Church, was highly recommended to the officers of Central, and came to preach several times by request.  With each sermon, the church was confident that God had sent this leader.

Rev Walker humbly agreed to accept the charge, and since the fall of 1937, the church has continued the upward trend.  He was ordained and continued the great work and at the end of six months he was called as pastor of Central Baptist Church.  By this time the membership was so large that the present address could no longer accommodate the congregation.  The property at 2152-58 Fifth Avenue was brought to the attention of the pastor and officers.  After much investigation, the property was purchased.

On Thanksgiving Day 1939, we moved to our new place of worship.  Two large renovations were made on the property in 1945.  Still under the leadership of this great Moses and with the cooperation and loyalty of an official staff and membership, the properties 2152-58 was purchased.  We hoped someday to erect a monument for God that would take the entire corner.  On Sunday, November 27, 1955, a day never to be forgotten.  We made our historic march homeward from our temporary home at the congress casino, located at 1268 West 132nd Street.  Reverend Walker served faithfully from 1937 until his death in July 1960.  Through the help of God and with the support of such a loyal official staff and membership, this monument was erected for worship unto God.   At his death, Reverend Walker left the Church in good financial standing with a good progressive membership.

Again, Central was without a leader.  The late Deacon Joseph Walker, Chairman of the Deacon Board and the other faithful deacons with God’s help and guidance held the church together.

Reverend Peter L. Mouzon, who was an Associated Minister under the pastorate of the late Reverend C.R. Walker, was called to lead this great flock of people in December 1961.  We can say with divine help and Reverend Peter L. Mouzon as Pastor, the church was yet spiritually alive and still increasing in membership.  With Reverend Mouzon, truly a man of God, and the support of the official staff and membership of the church, we were able climax a great work by the burning of the mortgage.  Under the leadership of Reverend Mouzon, two mortgages were paid off.  At a total of approximately $62,000.00.  Reverend Peter L. Mouzon served faithfully from December 1961 until his death in October 1984.

Once again we were without a leader, and as before, Deacon Luther Wright, Chairman of the Deacon Board and other faithful Deacons kept the Church together with the help and guidance of God.

It was during the fall of 1996 that a young man from South Carolina came to Greater Central and conducted a revival.  On June 26, 1997, we could once again say that we had an under shepherd.  On November 16, 1998 Reverend Anthony J. Chisom was installed as our Pastor.   Reverend Chisom resigned as pastor of Greater Central B.C. on Sunday, June 20, 2004 which became effective on September 18, 2004.

On January 10, 2014, after much prayer and supplication, God revealed our next under shepherd, Rev Frank Hawkins.  Our current pastor, Reverend Frank Hawkins is one of our own, a son of this house, elevated to lead God’s people for such a time as this.

GIVE NOW WITH GIVELIFY

“Go Home And Tell Them What The Lord Has Done”